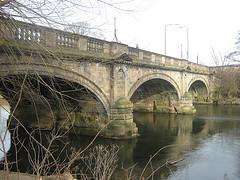 Holy Trinity Paraskevievsky Toplovsky convent is located 69 km from Simferopol, 45 km from Feodosia in the village near the village of Training Topolivka. In the last century, this Greek village was known as fuel, which means 'Place, country, country. " The fate of this monastery is very interesting. Located next to the monastery Toplovsky curative source Chokrak-Saglyk-su (the Tatar 'source of living, healthy water'). This source of saints and Christians and Muslims and was known not only in the Crimea, but also outside it.

Near this source was found icon of Saint Paraskeva. Her name and called the source. The revival of the only female in the Crimea monastery began in 1992 when the assembly of believers sat Topolivka Training and decided to create the Orthodox community church 'All the Afflicted ". From Odessa St. Michael monastery was brought as a gift to five icons: Redeemer, Virgin, St.

Nicholas, the Mother of God and Healer Panteleimon Kasperovskaya. The monastery is stored and another shrine: reliquary with the relics of the saints of the Kiev Caves in the form of a cross. Toplovsky monastery is famous for healing sources and the baptismal font, which has a bath in the therapeutic effect. Map of the monastery, photo. Source St. Paraskeva – it is believed that water from this source cure women's diseases, infertility, nervous system and eye. The source is in Toplovskogo monastery. Beside him, covered baptismal font of St. Paraskeva, built in a tent, which get water from all three sources – the source of St. Paraskeva, the source of George's Victorious and the source of the Three Saints. You can bathe in it and in the winter and summer. Source of St. George is located 1.5 km from the monastery. 20-30 min walk uphill nekrutogo lifting the forest trail. Near the source of two fonts – separately for men and women. Fonts are open, lined with brick. It is believed that this source of water cure diseases of the musculoskeletal system, joints, nervous system. Source of the Three Saints – St. Basil the Great, Gregory the Theologian and John Chrysostom – it is believed that bathing in this spring cures diseases of the nervous system. The source is 3.5 km from the monastery in the mountains. Near the source of the Three Saints is also a font, but it created by nature and a small lake, which drains into the water from the source. An interesting cave nuns (Costantino), located 700 meters from the monastery. Her cave, dug with his hands, not preserved. The cave was quite small, so that Constantine could hardly get into it, hiding in the night from the cold. Present the same cave – it's a long, fairly narrow and narrow passage, laden with icons, candles and lighted the lamp. This cave already been felled during the existence of the monastery. Here in the solitude of prayer shimnitsy. In 2002 the monastery celebrated the 10th anniversary of its revival. Gradually rebuilt the building, the monastery is decorated, prettier. Restored chapel over the tomb of the first abbot of St. Paraskeva. Currently, the thirty Toplovskom convent of nuns live. They are economy and receive the pilgrims. Tours of the monastery as a nun is carried out.